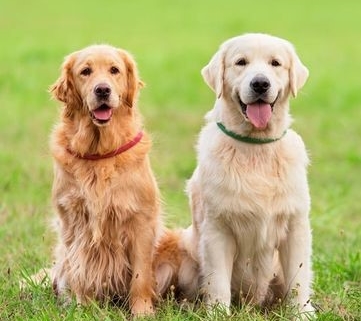 We recently went up to Santa Barbara because James’ film was playing there. James has a lot of friends in Santa Barbara, two of whom work at the university. They are brilliant scientists. We visited their office on one of the days. Morgan was with us. The first thing I saw when we got out of the elevator of their building was a sign that read: Animal Resource Center. My heart dropped. I wanted to leave immediately. I knew I didn’t belong there. We stayed for a brief time. But the words on the sign have haunted me since. Though I didn’t say anything to the two friends who worked at this lab, my feelings for them have changed.

It’s easy to push away the horror that these “rodents” – rats and mice – are subject to.  The words we use to label things and animals and people are important. Weeds are anything we want to use Roundup on. In the last century bald eagles and golden eagles were considered vermin so they could be shot and poisoned nearly into extinction. We do the same for people by calling them alien.

All of my other blogs that I have previously written involve Morgan, dogs and Golden Retrievers. And that is what motivates this one as well.  I unequivocally oppose the Golden Retriever muscular dystrophy studies at the Texas A&M University. It makes sick. It makes me outraged and sad that there are these sweet crippled animals held captive in a lab. These poor Goldens are bred to have muscular dystrophy and are forced to live out their lives in pain and distress. The lucky ones are euthanized (killed) when they are six months old.  As I stood there in front of the sign in Santa Barbara, with Morgan next to me, I could not not be reminded about the Goldens in Texas. Here’s a link to an article from the Dallas Morning News from this past August about this cruel situation.  https://www.dallasnews.com/news/education/2019/09/12/texas-am-researchers-quietly-bred-sick-dogs-in-hopes-of-finding-human-muscular-dystrophy-cure/

But it isn’t just Goldens. I have also been following and taking online actions for the group called White Coat Waste Project. They are actively trying to end dog experiments at the VA. The dog of breed they focus on are beagles. They also work to free monkeys. Universities in Michigan use dogs for testing.

How can I reconcile my love for Morgan and all dogs, and think that testing and experimenting and keeping these other dogs in cages to be alright? I can’t. Many of us consider our pets to be family. I do so as well. This could have been Morgan. I cannot accept testing on family members. And for me it doesn’t stop with dogs or cats. It includes monkeys, where macaques and marmosets are mainly used.  But we also know that rabbits are used in many other tests, cosmetic products for one example. I just discovered that Purina uses 1400 cats and dogs in tests for their food. That is so hypocritical. Do no wrong Purina!

Where do we draw the line? At what species is it okay to test and experiment on? And who gets to decide this? These animals feel pain and fear. These animals have not agreed to this arrangement. This is a form of bullying. The mighty rule over the weak and meek. We don’t test on lions and wolves and other more ferocious animals. We use the weakest. The most peaceful.

There’s no point is discussing advances in medicine. There’s a group called Physicians for Responsible Medicine who claim that most animal tests are never approved by the FDA. They rarely lead to any advantages for humans. Several thousand diseases affect humans, of which only about 500 have any treatment. A novel drug can take 10 to 15 years and more than $2 billion to develop, and failure occurs about 95 percent of the time. They advocate that this money would be better spent finding alternative research options. Mainly using computers.  I’ve been HIV+ for forty years. I don’t want them testing on animals to find a cure for me. There are computer models that can do the job now. The past is the past. We can’t change it. But we can change the future. The current system is not working. Cures are not coming quick enough. It’s time to end all animal testing. That’s my opinion.

As I sit here writing I still wonder if I should have made my displeasure known to these friends. I chose not to at that time and place. I feel guilty about it. I chickened out. I’m upset with myself that I didn’t speak up. It’s so easy to not speak out for those without a voice. When I did AIDS activism all those many years ago I did it to speak out for those who couldn’t. For those who were too afraid. Or too sick. Now I feel that same way about animals.

I wonder what’s going to happen if and when I see these two friends again. How long can I remain quiet? I know I’ll try to avoid them. But sooner or later it will probably happen.

Here’s my request. Before anyone responds to this article please remember to be kind to each other. There will be no attacks, no foul language, no vulgarity. Keep your comments focused on your own opinions and not on anyone else’s. Any inappropriate comments will be deleted right away. I won’t tolerate any offensive comments on Rescued By Goldens Facebook page and I won’t tolerate it here, either.