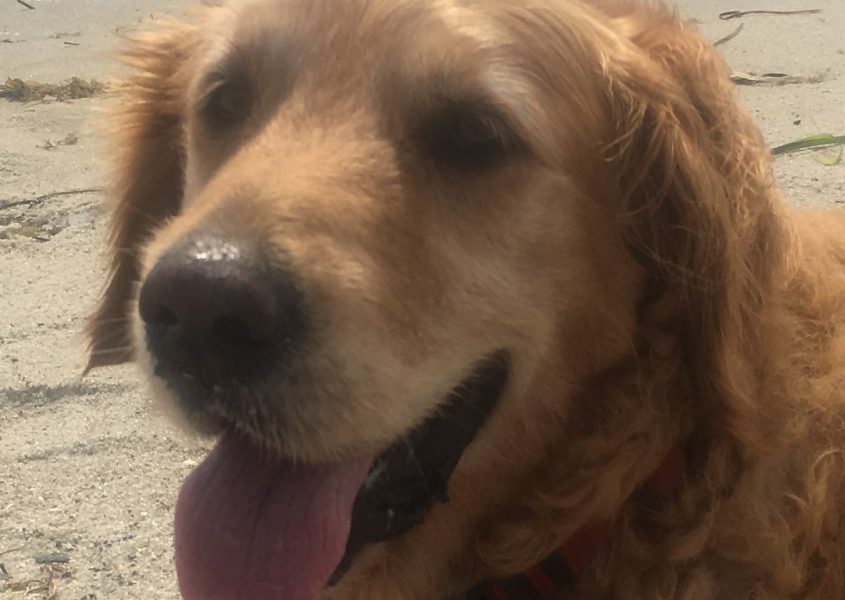 When I joined Facebook (FB) a few years back it was to build an audience for my book, Rescued by Goldens (RBG). Since FB is photo driven Morgan became the face of RBG. He became the star from the get go. He was a natural, always ready with a huge smile. And though we might have to do a few retakes to get the picture right, Morgan had patience (more patience than Dad). It always makes me laugh when Morgan finally walks or runs away and we know that he’s finished.

Then I was told in order for me to get my book out to the public I needed to create a website and start writing a blog. Writing is something I’ve been doing for many years. It comes easier to me because it is very solitary and quiet. When the blog goes out nobody sees me. I am hidden behind the words and the images of Morgan.

In today’s publishing world a writer such as myself has to do the writing and the marketing. So every now and then I meet with social media consultants about the book. Just to make sure I’m doing things right. The last time we met they strongly recommended that I start posting videos on YouTube. It’s something that publishers want to see. They want to know how I would perform in public, for instance, at book signing and PR events.

Initially, I was terrified at the idea of being in front of a camera. I can’t even stand looking at myself in the mirror. My disease has taken its toll on my body… Maybe I’m being vain, but it’s really hard for me to see myself in pictures. But seeing myself in a video was more than I could bear. Not only would I worry about how I looked, BUT how I sounded!  I don’t even like to talk on the phone.

The premier video was a solo performance of Morgan cooling off in front of a fan.

Finally I mustered the courage and appeared with Morgan in front of the “Dancing Fountain” at The Grove in LA. I choked and could barely speak. All l I could do was grab Morgan and kiss him, telling him that I love him.

I’d heard about the challenges of working with a major star. Like Morgan! I’d also read about how a really good actor brings up the performance of all of the actors around them when shooting a scene. I now know first hand how true this is.

Morgan makes it all OK. Having Morgan near me calms my nerves. Being able to touch his head while I talk allows me to relax and smile.  I honestly remember what to say easier when he’s standing next to me or when I have him between my legs. He’s my comfort dog of a different kind.

I’m happy to announce that Rescued by Goldens has a YouTube channel. Thank you Morgan for being my best friend and co-star. I couldn’t do it without you next to me!

To Hell and Back

Morgan and the Kennedys
Scroll to top