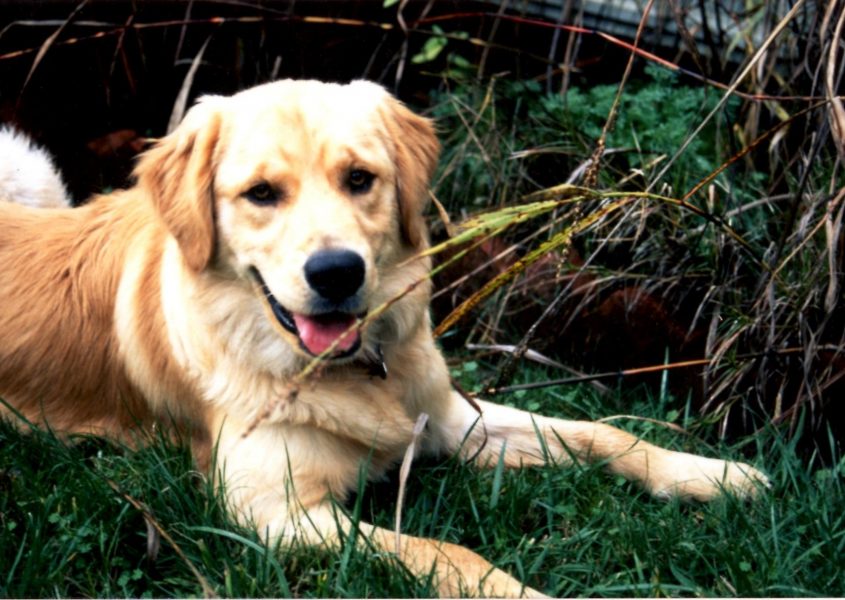 It was a warm day in July when the phone rang. I picked it up and a stern voice asked me, “Do you have a Golden Retriever?”

My heart sank. All my fears came rushing forward. Barely able to speak, I muttered “Yes. What’s happened to him?”

“We caught him here at the Bohemian Grove.”

“Is your dog named Willy?”

“Yes. That’s him. I’ll be right there.” I grabbed my keys and jumped into my truck and tore down the hill. As I sped along the Bohemian Highway I wondered how Willy could have gotten clear across town, two miles away, to the other side of Dutcher Creek, and into a maximum security facility. The Bohemian Grove is a private exclusive retreat where the most powerful men in the world gather every summer. Including Presidents Nixon, Reagan, George Bush the Father, Secretary of States such as George Schultz, billionaires and heads of foreign countries.

As I drove up to the barricaded entrance, I was relieved they hadn’t shot Willy and asked questions later. An armed security guard approached the truck and asked for identification.

“Oh, so you own the Golden in the dumpster,” he chuckled.

“Yea,” I replied, slightly embarrassed. “He’s my dog. How long has he been here?”

He handed me back my license. “Not long. About thirty minutes. The shepherd with him took off. But he just hung around the kitchen area while everyone petted him.”

Of course it was Pearl, I thought to myself. That girlfriend of his is nothing but trouble. “That sounds like him,” I said to the security guard.

“He’s a sweet dog. Normally we just shoo any dogs away and they bolt. But it didn’t look like he was going to leave any time soon. I will need to escort you up to the kitchen area.”

I’d always wanted to see what the inside of this place looked like. Though it was in our small town of Monte Rio it might as well have been a million miles away.  Never did I imagine that it would be my dog who got me inside to this bastion of power.

I followed the guard further down the narrow winding road. Some of the redwood trees were over 300 feet tall and over 1,000 years old. When we came to the first building the guard stopped and got out of his vehicle. I saw a group of people standing around laughing and having a good time. They were all dressed in white uniforms. This clearly was the kitchen. Then they all turned and looked at me and I heard shouts. “Can we keep Willy here?” “Can Willy come back tomorrow?” “Willy likes steak and potatoes.” And in the middle of the crowd was Willy. Calmly laying there. Without a care in the world. When he saw me his ears twitched back like he was surprised.

I heard the crowd call out good-bye to my wandering Houdini.

“Aren’t you going to say good-bye to your new friends?” I said to him.

He turned his head towards the kitchen help and smiled.

“Come back again Willy.” Someone shouted before he jumped up into the cab of my truck.

“Thank you,” I called to them all as I turned the key in the ignition. Then to the guard, I said, “I’ll try to make sure this doesn’t happen again.”

“No prob. Now we know who he belongs to.”

Could I have a Doggie Bag Please?

To Hell And Back
Scroll to top