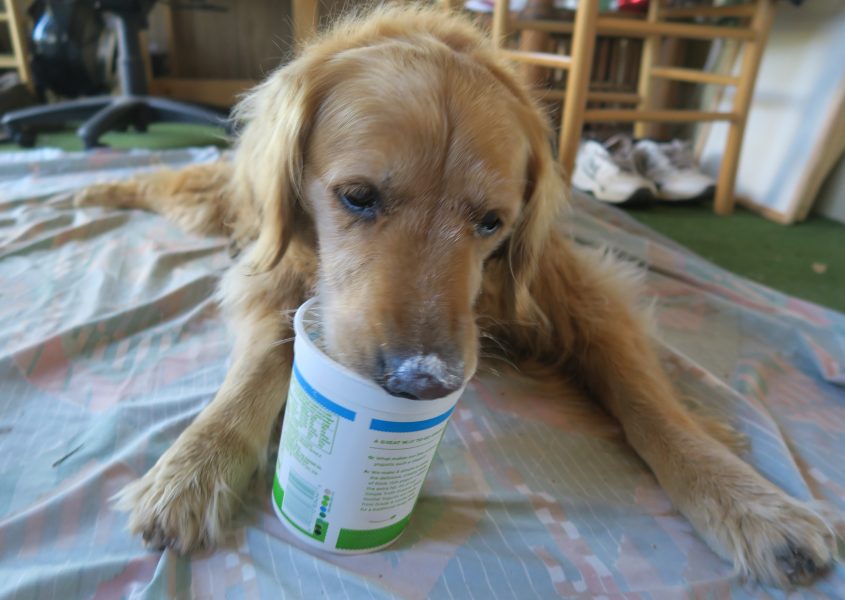 We’ve been lucky enough to attend several of this year’s Palm Springs International Film Festival’s events. They were buffet style where you went up and served yourself, except for the meat selection. For that there was a server slicing the meat at a station.
When at home I don’t eat meat very often and my diet selection impacts what Morgan eats. Because of this, whenever we go out to a restaurant I always ask for a doggie bag and bring a treat home for him.
At the Film Festival luncheon, I approached the meat slicer and honestly told him that I wanted a few extra pieces for my dog. Without hesitation, he obliged. When I got back to my table and wrapped up the meat in several napkins and stuffed it in my sport coat, the woman sitting next to me looked at me oddly like she couldn’t believe that I would do such a thing. In fact, when I realized that lunch was about over I went back up for seconds (for Morgan) and the gentleman slicing the meat asked me if I would like it cut into smaller pieces. I told him thank you, that would be nice. And that I would tell my dog about him. He chuckled. When I got back to our table and wrapped up the meat again, the same woman next to me said, “I’m going up there to get some for my dog.” I told her to hurry before they took it away. When she returned, she wrapped up her stash and gently placed it in her purse. Then she took out her phone and showed me a picture of her Jack Russell and said, “He’s going to be so surprised.”
Do you bring food home from restaurants for your babies? Tell Morgan about a funny doggie bag story that you have.

My Bohemian Golden
Scroll to top