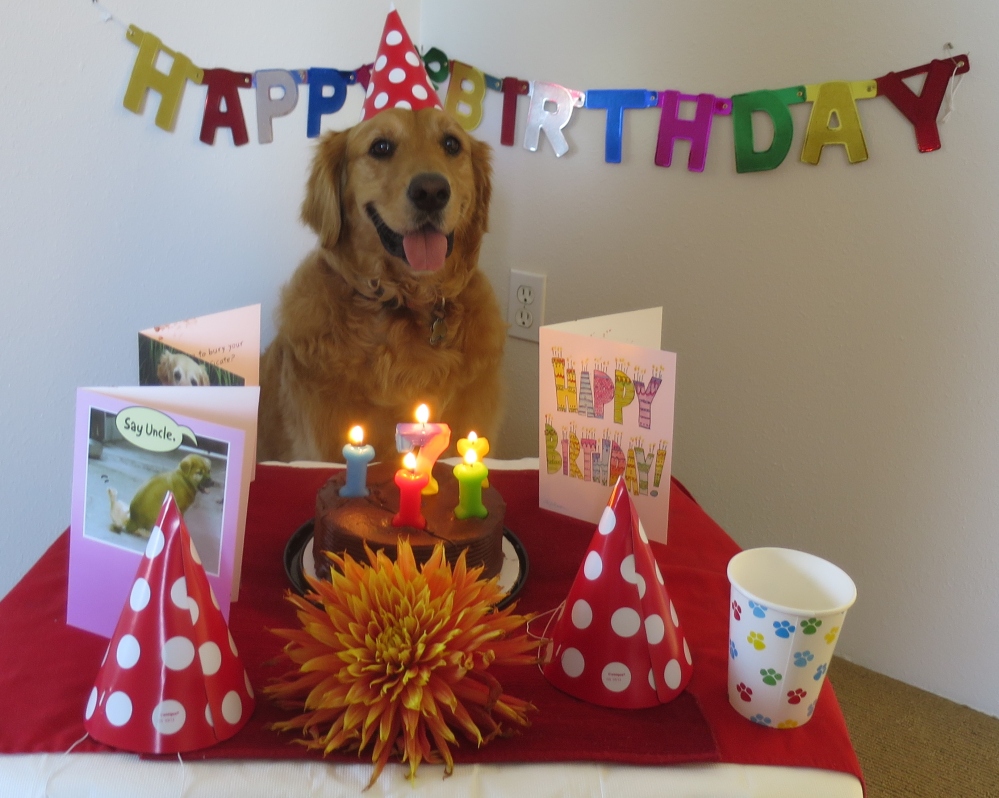 August 16th is the day that we celebrate Morgan’s birthday. We don’t know whether that’s really the day he was born. It might have been. As many of you already know, Morgan’s a rescue and that’s the day that we drove him home with us in the back seat of my pick-up. The rescue organization, “Golden Retriever Club of Greater LA” told us he was about a year old. Morgan was small for that age and although he was adorable, he didn’t have that full face and body. We could feel his ribs. You could tell he had had a tough start.

While we were filling out paper work a car drove into the parking lot with a big white-faced Golden in the passenger seat. Morgan lunged towards the car and started barking wildly. It was then that we were informed that he had been turned in to a shelter for biting his owner.

Though Morgan’s behavior startled me, I was a “love will conquer all” kind of guy. I just knew with enough love and positive reinforcement Morgan would learn to behave. But it didn’t start out so well. Morgan had major issues around food that we didn’t know about. When we moved his food bowl he bit us.

Goldens had been there for me when I was sick and my life was in shambles. Now it was my turn to be there for one of them. I resolved to do whatever it took to give Morgan a good life.

Now six years later, Morgan has come around nicely. He’s still a dog who enjoys getting into mischief.  That’s a part of him that I love the most. But now when he gets into the trash he lets us pull food right out of his mouth. In the morning, he leaps up on the bed expecting his tummy rub. We’re inseparable. He’s laying right under my desk while I write this blog. I can’t imagine our life without him.

For more of Morgan’s first few days with us please check out the website RescuedbyGoldens.com and read the sample chapter from the book. Thanks.

Morgan asks, “Was it Sirius?”