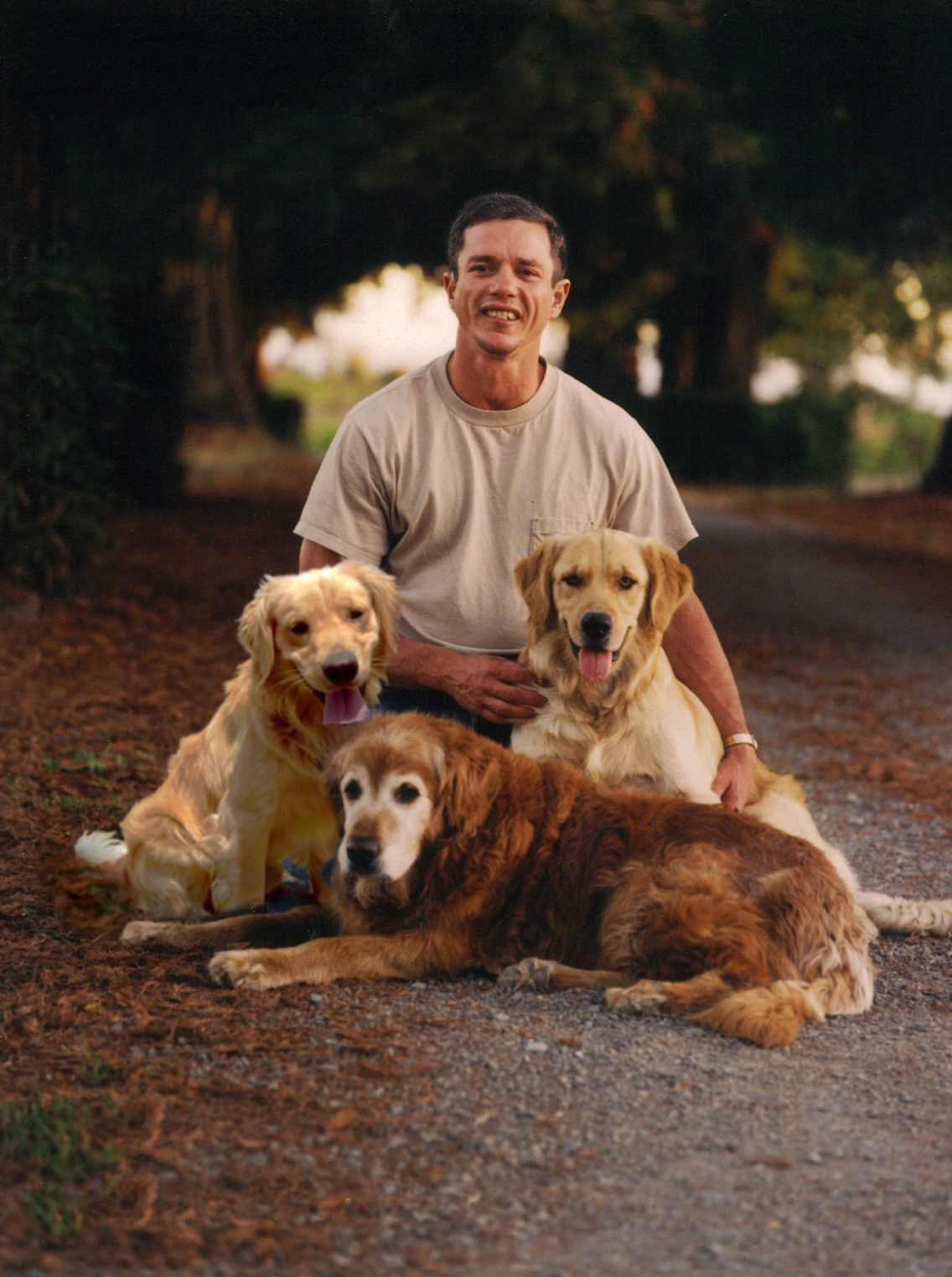 It didn’t take long for me to fall in love with my first dog, a Golden Retriever. It happened the night we brought him home. He was only eight weeks old and a little red ball of fur. It was just before Christmas so appropriately I named him Nicholas. I was in between jobs so I got to spend all my time with him.

I come from an uptight, tough, working-class family. Nicholas opened my heart for the first time with his unconditional love. We went to beaches, Golden Gate Park, and Lake Tahoe. It was on our walks and our hikes that I discovered the beauty of nature.  I was a city boy and suddenly I became a lover of national parks and seashores, of the wilderness, and of places far away that I could only dream about visiting.

Then came Willy, a lighthearted, free-spirited, blond Golden. When I became ill, we retreated to the redwood forest together. There my appreciation for nature deepened. Suddenly it wasn’t just the open spaces, pristine beaches and the woods that I cared about. Now it included the animals whose homes were in those places. As we watched an osprey build her nest and then care for her offspring and as we observed the harbor seals haul out of the sea where the Russian River empties into the ocean my love of nature expanded to a feeling of stewardship. I wanted to help protect the whales and dolphins in the ocean, the wolves and caribou in the wilderness, and the migrating birds in the skies.

Now, Morgan is in my life. He was a rescued dog who came to us damaged, aggressive and sick. From the beginning I saw a sparkle of love in his eyes just waiting to grow. It’s been an ongoing learning experience with Morgan.  I didn’t always do it right. There have been setbacks. But thanks to the unconditional love that I had received my commitment to him has been unwavering.

On this Valentine’s Day I have my dogs to thank for opening my heart to something bigger. Because of my dogs I now work and fight for the welfare, dignity and rights of all animals and the planet that we all call home. I want to send a Valentine blessing to all creatures and to all those individuals who help protect them.

When Emergencies Strike Our pets Need Us the Most