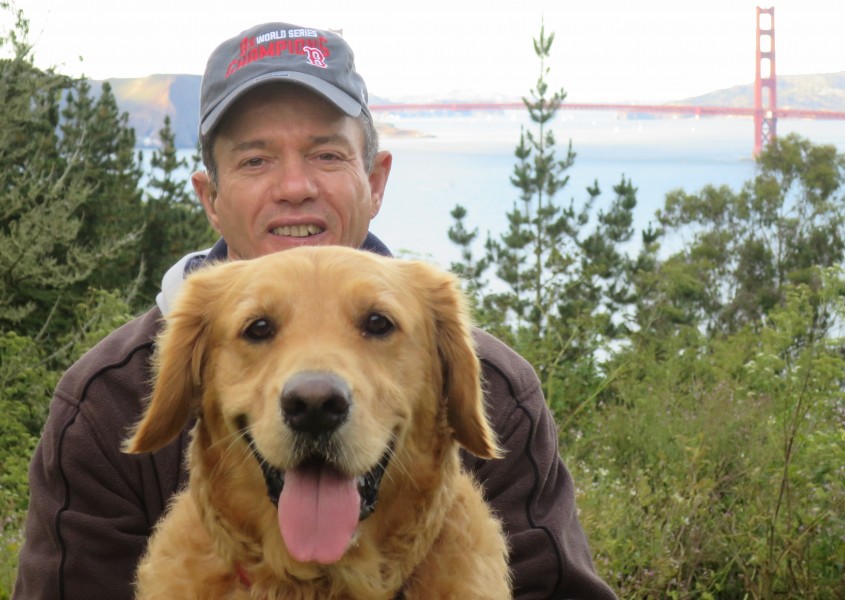 Recently we moved into our new apartment in Mission Bay. Our lease stated our amenities included a pet-friendly and eco-friendly environment. A map in the leasing office showed a park that would run along side our building and our new living room window would overlook it. A section of the future Mission Bay park plan was already completed, running along Mission Creek all the way to the Third Street drawbridge. Every day I got up early and took my 8-year-old golden retriever, Morgan, and walked along the creek, crossed over the bridge to the other side, and circled back to our building.

It all seemed ideal until one morning Morgan and I came upon a park maintenance crew spraying something along the water’s edge and on a grassy knoll. I confronted the crew and asked what they were spraying and all they declared was “last resort, last resort.” After some other words were exchanged, the park manager showed up, and we spoke at length. Later she emailed me the guidelines that she was following that allowed her to use Roundup Aquamaster as a last resort to eliminate certain “problematic” weeds.

I was shocked. I couldn’t imagine that San Francisco was still using Roundup in this day and age. I went right to Monsanto’s own website and looked up Aquamaster. Its main ingredient is glyphosate (53.8 percemt). Monsanto refuses to reveal what makes up the remaining 46.2 percent chemicals of this poison. 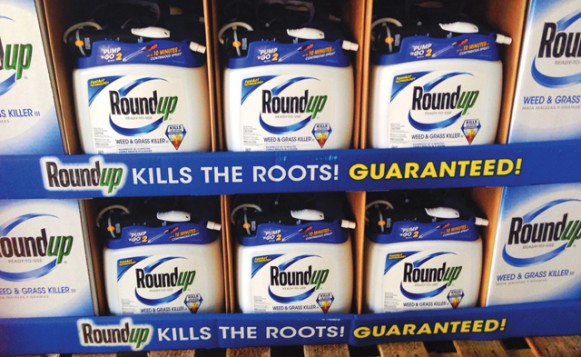 According to Monsanto’s website, the warning label on Aquamaster says that if dogs ingest vegetation sprayed with this poison, it can cause gastrointestinal irritation (vomiting, diarrhea, and colic). The label states that a “large amount” of poisoned vegetation must be ingested to cause this reaction.

After further investigation, I was surprised to discover that one of the world’s leading experts of the effects of glyphosate was Caroline Cox, who works in Oakland at the Center for Environmental Health. In an article dated March 23, 2015, she wrote “On Friday, a World Health Organization (WHO) panel of scientists from 11 countries announced their decision to list glyphosate, the active ingredient in Monsanto’s Roundup herbicide, as a probable human carcinogen. In particular, the panel noted the links between glyphosate and non-Hodgkin lymphoma, as well as a study showing the chemical caused DNA and chromosomal damage in human cells, another showing increases in blood markers of chromosomal damage in people studied after nearby glyphosate spraying, and several recent animal studies showing evidence of carcinogenity.” Following up on the action by WHO, the state of California is currently in the process of listing glyphosate as a known human carcinogen under Proposition 65.

After reading all these disturbing side-effects of glyphosate, I was sickened and outraged that this poison was being sprayed where children and our pets played. I decided I had to do something.

So in December, I attended a public forum held by the Integrated Pest Management for the San Francisco Department of the Environment. It was a public meeting to discuss possible new guidelines for pesticide use in San Francisco parks. I was pleased to find the room crowded with other people equally outraged. I learned that San Francisco has been spraying in all of our parks. I was moved when a woman shared how she believed that her dog had died of oral cancer as a result of Roundup. She described how her dog always had his nose in the Roundup-sprayed grass and, being a ball retriever, he was constantly picking up some of that herbicide on his ball and gettin it into his mouth—the mouth that developed cancer. When I spoke at the meeting, I shared that I regularly walked in the park with my golden retriever and worried about the impact of Roundup on not just my own health and his, but also of the young children who regularly played in the park.

As a result of the public hearing, the pesticide use guidelines were revised. Previously, Roundup was prohibited on the grounds of schools and playgrounds. Now it is prohibited wherever children frequently play. The harm to pets is not mentioned in the guidelines. But it is easy to deduce for yourself: If it’s a danger to children, it’s a danger to pets and wildlife.

Mission Creek Park is a place where children are often playing. I contacted the management of Mission Bay Parks and asked whether they intend to be compliant to the new guidelines. The interim site manager replied, “To answer your question directly, we are not using Roundup or any similar product.” This news certainly made me happy. However, the problem with the revised guidelines is that for every restriction there remains a loophole, or an exception. Already there are reports of abuse of the new pesticide rules in San Francisco parks. For now, I will enjoy my morning walks in Mission Creek Park with Morgan. But I also plan to remain vigilant to assure that the guidelines continue to be adhered to.

I encourage dog owners and dog lovers to become active in their local park management. Only by speaking up can we protect our four-legged family members. As Tip O’Neil, the former Congressman from Massachusetts and speaker of the house was famous for stating, “All politics is local.”

The Healing Nature of Our Pets