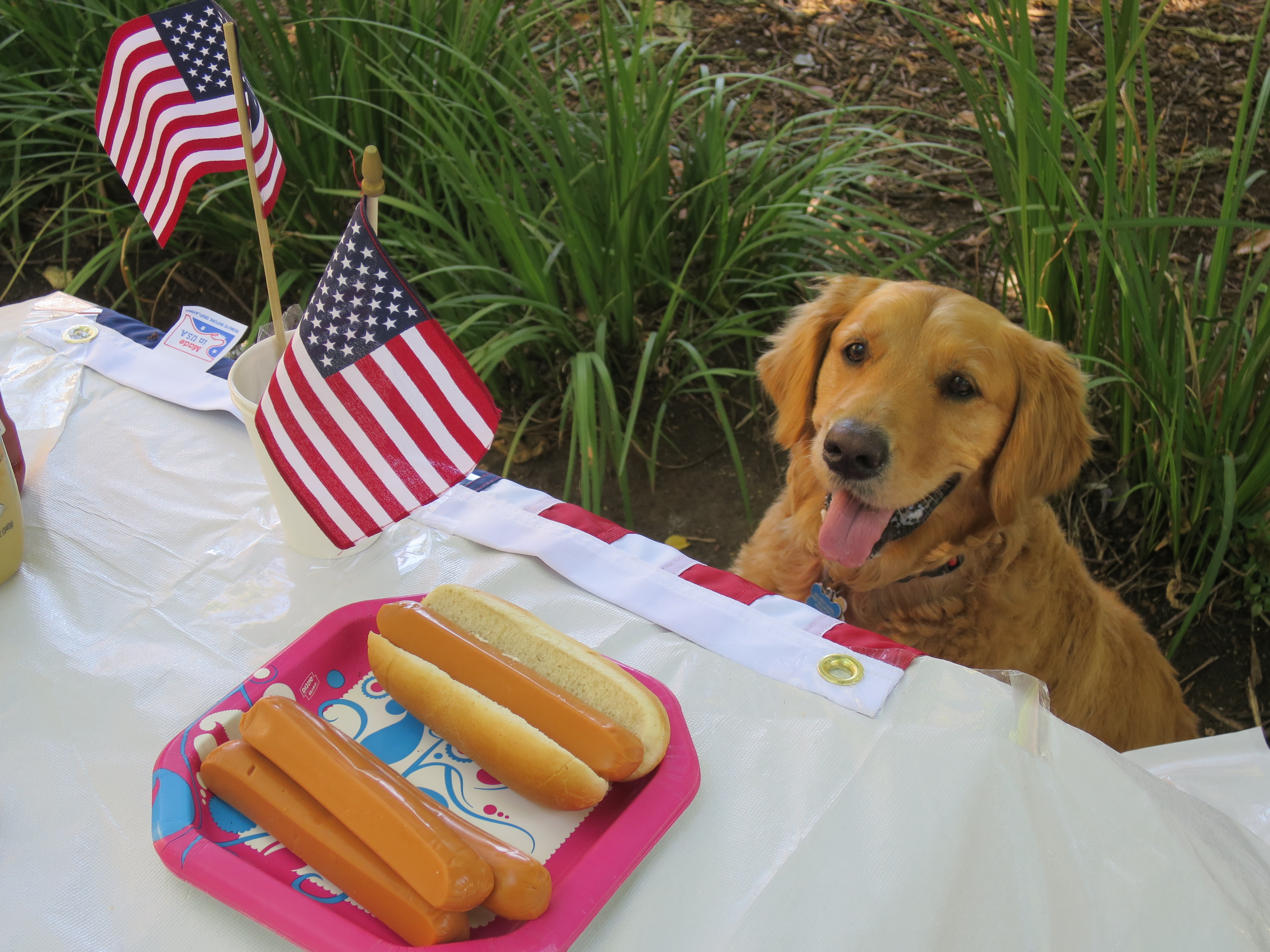 The Fourth of July is one of our nation’s most important holidays. It’s a time when families and friends get together to celebrate our freedoms. It’s also a time when us pets get a lot of attention, too. People play with us and throw balls for us in the parks and back yards and the beaches. Some of us are dressed up like Yankee Doodle dandies and that’s OK. My favorite holiday food is hot dogs on the grill but I would like to change the name to hot cats on the grill. Doesn’t that sound way more appetizing? No offense to my kitty friends.

But then when the sun sets, the day is capped off with my least favorite part of the holiday – the Fireworks.  When those “rocket’s red glare” and “bombs bursting in air” start making their noises us pets get pretty freaked out. According to the Humane Society and the ASPCA more pets run away on July Fourth than on any other day and it’s because of all that popping sound going on around us. We just want to get somewhere away from them as fast as possible.

We’re pretty clever, us pets. We can dig under a fence. Squeeze through an opening. We can jump over a fence. We can unlock a latch. We can jump out a window. We can come loose from a rope or just bite through the rope. With all that noise we do things that we don’t ordinarily do. Also, don’t forget that with so many people coming and going someone might accidently leave a door or a gate open. And once we’re out – we’re gone. We don’t stop running until we find a quiet place.

We have a holiday tradition at our house. Just before sunset my Dad closes all the windows and sets up a spot for me in the closet where I like to hide when I’m nervous. He stays right near with treats for me. He plays background music to drown out some of the noise.  But that’s only because my Dad has learned from past mistakes. He told me about Willy, his second Golden, and how he got loose one holiday afternoon when neighbors across the river lit off some firecrackers. Luckily he found Willy up the hill safe at a neighbor’s house. People who have never had a dog might not know what it’s like for us and in the excitement of the holiday it’s easy to forget.

So, my Fourth of July holiday wish is for everyone to have a safe and fun Fourth of July. But for all of our sake, before you rush off to get more sodas or an extra package of hot cats and buns for the unexpected guests, take an extra minute to make sure your four-legged kids are secure and safe.

As I mentioned, my favorite 4th of July treat is hot cats aka hot dogs. What’s yours?

How To Prepare For Your Pet’s Vacation

Morgan asks, “Was it Sirius?”
Scroll to top #top-ten{color:white!important;)